Once upon a time, in the not-so-distant past, an unmarried woman of a certain age was scorned, isolated, often impoverished and pushed to the fringes of society. Today, marriage is no longer the norm. In 2011, there were more single Canadians (never married, divorced, separated or widowed) over the age of 15 than were married (53.6 per cent to 46.4 per cent). It is only quite recently, in the last 50 years or so, that women have been free to create fulfilling lives for and by themselves.

The declining rate of marriage has, however, ushered in a new age sorely lacking in ceremony. Without weddings, there are few rituals marking the transition to adulthood.

“By marrying themselves, women can celebrate their independence and personal growth while making a sacred commitment to whatever responsibilities and promises nourish their uniquely singular lives,” says Tallulah, one of the original seven brides and co-founder of Marry Yourself Vancouver.

It’s also great fun, says co-founder Alexandra Gill. “Self-marriage gently pokes fun at a dying institution and the overwrought pretensions of modern bridal culture, while allowing women to indulge their childhood fantasies and be a princess for a day. Essentially, you can have your wedding cake and eat it too.”

Self-marriage is a Thing. Women all over the world — from Taiwan to Australia — are marrying themselves. There are self-help books, DIY kits, even a TED Talk on the subject. In popular culture, self-marriage has been featured in several television series (Glee, Jam, Sex and the City) and in the LifeOme TV movie, I Me Wed.

CAN WE HELP YOU GET HITCHED?

Whether you desire an intimate ceremony in the woods or a lavish reception with a live band, we at Marry Yourself Vancouver can fine-tune the details — or simply help you craft your vows and get you started. Our services include assistance with accommodations, personal styling, bouquets, officiants, musicians, photography, food and drink, to-die-for locations, and more. Consultations begin at $200.

Alexandra Gill is a journalist and restaurant critic for the Globe and Mail newspaper. Tallulah is a photographer and founder of the World People Project. Combined, they bring an expansive network of contacts and wealth of experience in the entertainment, fashion, design and hospitality industries.

Marry Yourself Vancouver is a wedding planning and consultation service for solo brides who are hoping to get hitched in beautiful British Columbia. 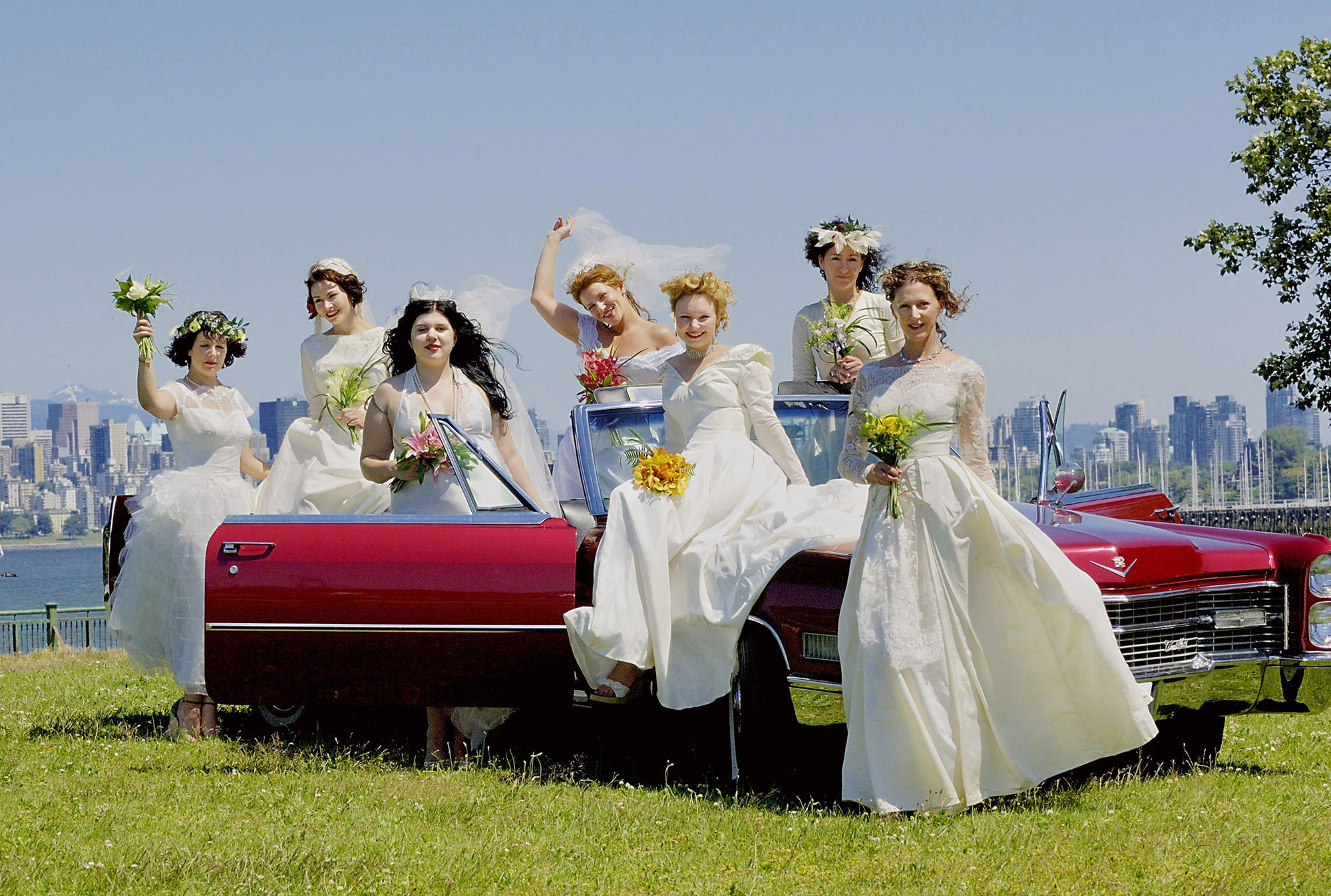 Keep in Touch! Be the first to get the news!